Welcome back, friends! I hope you all have had a lovely week and that you are ready for my final post of The Pond’s Most Anticipated Reads series for 2019!

Today’s post is my fourth post of my week-long event of The Pond’s Most Anticipated Reads of 2019: Eight Self-Published & Indie Books To Support in 2019!

Sometime in early January, I called for self-published authors and writers to share with me their books.

I had an amazing response to this tweet and, from this, I discovered some really awesome books that are releasing this year. (I highly recommend going through the above tweet’s responses; you might discover some books that you might interest you!) In saying that though, I do want to continue spotlighting self-published and indie books after this series has finished! Be sure to keep an eye out for a new feature that I am planning. (Fingers crossed that I can make this happen.)

So, without further a do, here are my top eight self-published and indie books releasing in 2019! 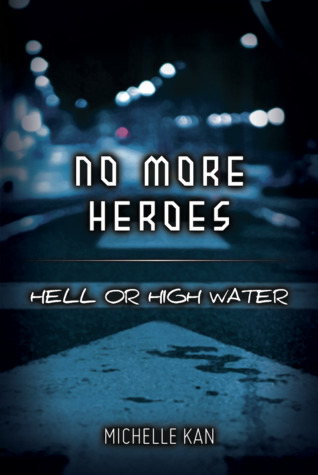 The peaceful nights are kept under the clandestine and watchful eye of young, gifted Vigilantes the world over – and since the Vigilante Killers were taken down six months ago, order has returned to the community once more. Vigilantes everywhere have resumed their usual rhythm, defending their domains within the safety of the shadows, and all is right with the world.

So when an old enemy resurfaces and asks them for their help, the Vigilantes of the City are reluctant, to say the least. But some offers are hard to turn down, and soon Team City find themselves diving headlong into a mystery that will test their limits, their capabilities as Vigilantes, and their relationships with each other.

This is the sequel to Kan’s first book, No More Heroes, an urban fantasy/action story about vigilantes with superpowers! I’m partway through the first book, No More Heroes, and I’m incredibly excited to see where Kan will take the second story already. Not only is it urban fantasy/action, but there’s found family, powerful friendships, elements of mystery, has a incredibly diverse cast, and it reminds me a lot of Teen Titans with the heart and wit of Spider-Man.

Rome has a vampire problem. And a ritualistic murder problem. Someone is killing on full-moon nights, always leaving the bodies outside cathedrals, and always surrounded by a ring of fire.

Letizia, local tarot-reading, spell-slinging, rooftop-leaping witch, specializes in vanquishing creatures of the night. She also has a fabulous opera-star paramour, MonaLisa, whose smile will melt your heart… and reveal some very pointy pearly whites. They’ll take the case, along with Valentino, sweet but faith-shaken priest, and mysterious forest-dwelling fire witch Zadkiel–but when no-nonsense Holy Inspector Giovanni is called in, the last thing he wants to hear is that the masked culprit doesn’t have a pulse.

Letizia has a killer to catch. MonaLisa has a show to put on, no matter who’d like to see her rising star go down in flames. Zadkiel has spells to cast, and priests to kiss. Valentino has souls to save, including his own. Giovanni is about to learn all the things he doesn’t believe in are real (and even queerer than he could have imagined).

And like in all good masquerades, nothing is as it seems.

Roanna is such a ray of sunshine, and her work is not only creative and diverse, but her work is all about hope in dystopia. Death Masquerade, in particular, sounds like a beautiful and chaotic disaster that features vampires (yay!), witches, opera stars (oh my goodness, yes?!), and priests (COOL?!). Probably unlike anything I’ve read, Death Masquerade just sounds utterly delightful and queer and fun and I’m here for it.

Releases sometime possibly around Halloween! Add this book on Goodreads, but follow the author on Twitter, check out their Gumroad, and support them on Patreon.

3. Snowstorm and Overgrowth by Claudie Arseneault 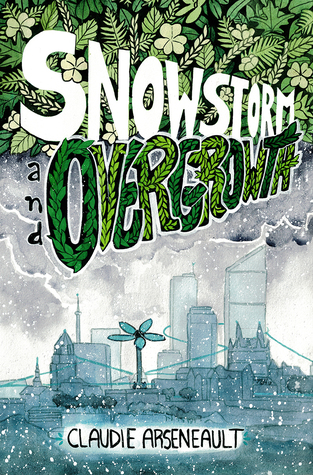 A collection of hopeful speculative short stories with a high dose of solarpunk with aromantic and asexual characters.

‘Hopeful speculative short stories’ sounds like something the world needs a little bit more of right now, and I trust Arseneault to deliver on that front. She recently wrote an article ‘Constructing a Kinder Future‘ (that was long-listed for the BFSA Awards!) too. I think Snowstorm and Overgrowth is something we all need right now; stories that may inspire hope in our increasingly desolate world.

Releases sometime around April! Add this book on Goodreads. Also, follow the author on Twitter, check out her other works, and support her on Patreon

When Xemi reached out and shared with me the anthology she has been editing, I was incredibly exciting. All of you know how much I love diverse anthologies, and to hear that this anthology will feature works by 16 two-spirit trans indigenous artists? I love it, and I absolutely cannot wait for this to be out in the world.

This book is not available on Goodreads, but follow the author on Twitter or support her Patreon. 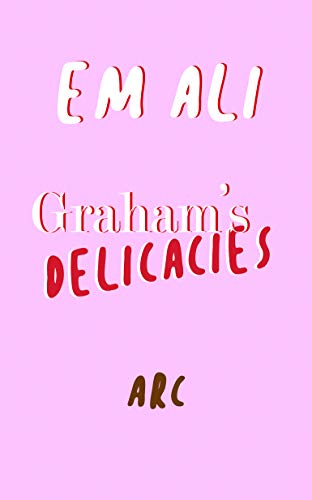 Jen and Emilie. Sam and James. Alex and Yujin.

Six people and the one bakery that connects them.

You’ve had a glimpse of Graham’s Delicacies in Soft on Soft but be prepared to delve into the lives of the people who make it wonderful.

So, I mentioned Soft on Soft before which was one of my favourite romance reads of 2018. Ali’s writing is soft, gentle, and will ward away any sort of anxiety or bad thoughts you might have felt that day. And so I was delighted to find out that Graham Delicacies is coming soon and is set in the same universe as Soft on Soft! I can’t wait to read this; it sounds lovely already.

Releases on March 5th 2019! Add this book on Goodreads, follow the author on Twitter, and preorder this on Amazon!

6. The Caves of Arkęh:na by Melissa Sweeney 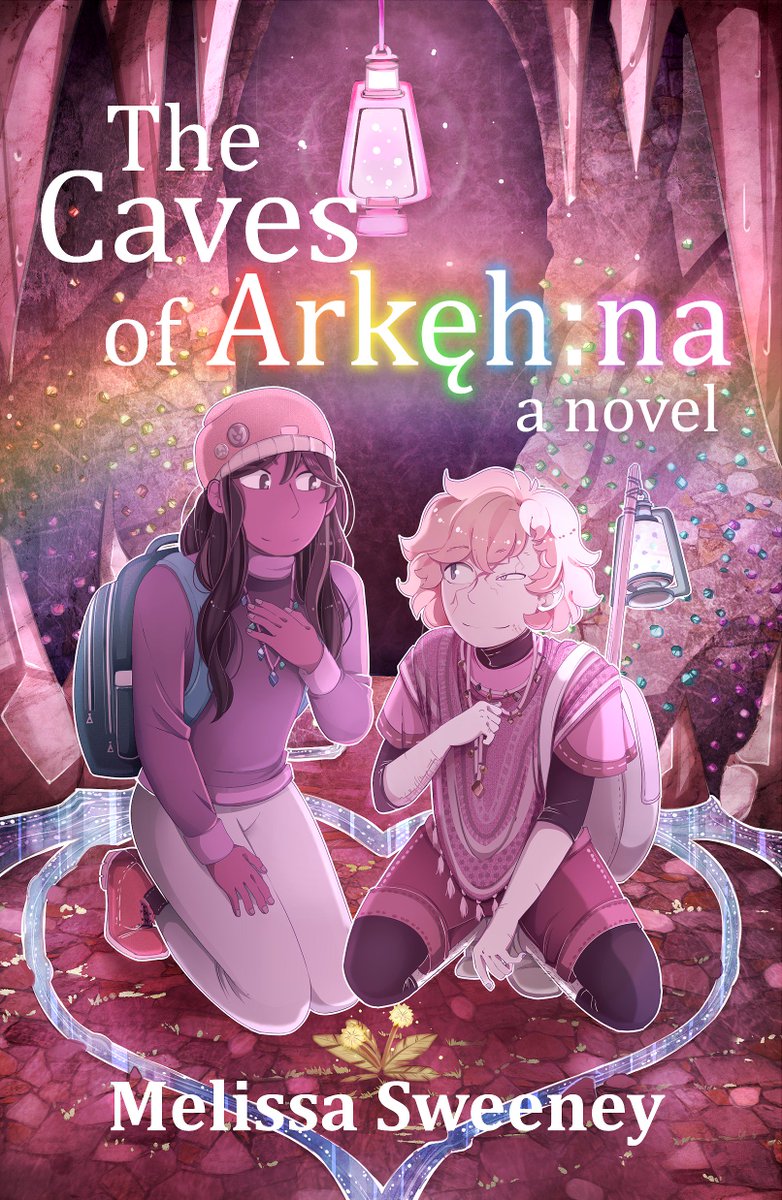 The Caves of Arkęh:na follows Avery, a young girl who lives on the surface world struggling with her sexuality, and Cameron, a nonbinary kid trying to feel accepted by their underground society. The two meet after Avery stumbles across Cameron’s world and learns about the secretive and expansive world hiding right underneath her feet.

When Melissa reached out and shared The Caves of Arkęh:na, I instantly fell in love with the gorgeous art and the lovely premise. It’s a middle-grade novel and queer novel that will explore ‘gender, sexuality, and Upstate New York’s uncharted cave systems’. I kinda love it already. Although the entirety of the story is already available to be read here for free, there is currently a Kickstarter going on to fund the physical printing of this book!

This book is not available on Goodreads, but follow the author on Twitter and support this book’s Kickstarter!

Despite the rumors about Port Lewis, Michael Gates doesn’t expect the house he rents with his sister on Foxglove Lane to be haunted. An eerie meeting with Victor Lewellyn, the resident witch-turned-demon who is bound to the property by dark magic, changes his mind. 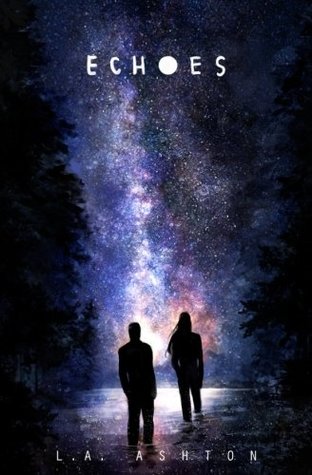 After one thousand years of listless eternity, Oskar is used to his particular brand of loneliness. But a long walk through middle America and a few chance encounters will lead him straight to a man he’d known to be long since dead―his childhood best friend, Aranck.

Together the two vampires remember what it felt like to live, all the while navigating a conflict with the local pack of werewolves. A lot has changed in a thousand years, and only time will tell if those changes will bring Oskar and Aranck closer together, or ensure they remain apart.

Okay, so, I love vampires and am patiently awaiting for their comeback. So I was delighted to hear that Echoes is getting an indie re-release! Ashton pitched this book, and they said it was about ‘a vampire who stumbles upon his assumed-dead best friend from 1000 years ago. M/M with lots of fond smiles and pining!’ UHM, YES PLEASE. Give me all the paranormal, slow-burn, and queer romances. I’m here for it.

What new book releases are you excited for?

This was such a difficult list to put together! I had over 70 or so authors who are self-publishing or indie reach out to me, and I had to choose eight. EIGHT. If I was able, I would’ve featured every single one that was shared with me. In saying that however, I absolutely recommend going through the below tweet and checking out some of the works that are coming out this year:

(Simply click on ‘X people are talking about this’ to see all the replies! Authors, if you want to share your book to the thread, please don’t be shy! I’ll give it a retweet and boost as well.)

Today was also the last day of my week-long series, The Pond’s Most Anticipated Reads! I hope you all enjoyed these posts and discovered some new and exciting books. Writing these posts, I can confidently say that 2019 is going to be an incredibly amazing year of diverse voices and exciting stories. I hope all of you are just as excited as I am!

In case you’ve missed it, don’t miss on the previous segments of this series:

So friends, how about you? I’d love to hear about the books that you’re excited to read.