Today is an exciting day, friends.

Today, The Quiet Pond is proud and honoured to share with you all the exclusive cover reveal for These Violent Delights by Chloe Gong!

There is so much to be excited for in Chloe Gong’s debut book. Not only is it a riveting young-adult historical fantasy retelling of the Shakespearean classic, Romeo and Juliet, These Violent Delights takes place during 1920’s Shanghai — but with a touch of supernatural. Moreover, the story will follow two teens from rivaling gangs – the Scarlet Gang and the White Flowers – who must work together to defeat a wicked evil.

These Violent Delights is a book that I have been anxiously waiting for and it is such an honour that I get to share its magnificent cover with you all today.

Here is the summary from publisher, Simon Pulse:

Perfect for fans of The Last Magician and Descendant of the Crane, this heart-stopping debut is an imaginative Romeo and Juliet retelling set in 1920s Shanghai, with rival gangs and a monster in the depths of the Huangpu River.

The year is 1926, and Shanghai hums to the tune of debauchery.

A blood feud between two gangs runs the streets red, leaving the city helpless in the grip of chaos. At the heart of it all is eighteen-year-old Juliette Cai, a former flapper who has returned to assume her role as the proud heir of the Scarlet Gang—a network of criminals far above the law. Their only rivals in power are the White Flowers, who have fought the Scarlets for generations. And behind every move is their heir, Roma Montagov, Juliette’s first love…and first betrayal.

But when gangsters on both sides show signs of instability culminating in clawing their own throats out, the people start to whisper. Of a contagion, a madness. Of a monster in the shadows. As the deaths stack up, Juliette and Roma must set their guns—and grudges—aside and work together, for if they can’t stop this mayhem, then there will be no city left for either to rule.

These Violent Delights will be releasing on November 3rd 2020!

Pre-order These Violent Delights on Amazon, B&N, Indiebound, or add it on Goodreads!

And here is the book’s exclusive cover reveal, in all its beauty and glory: 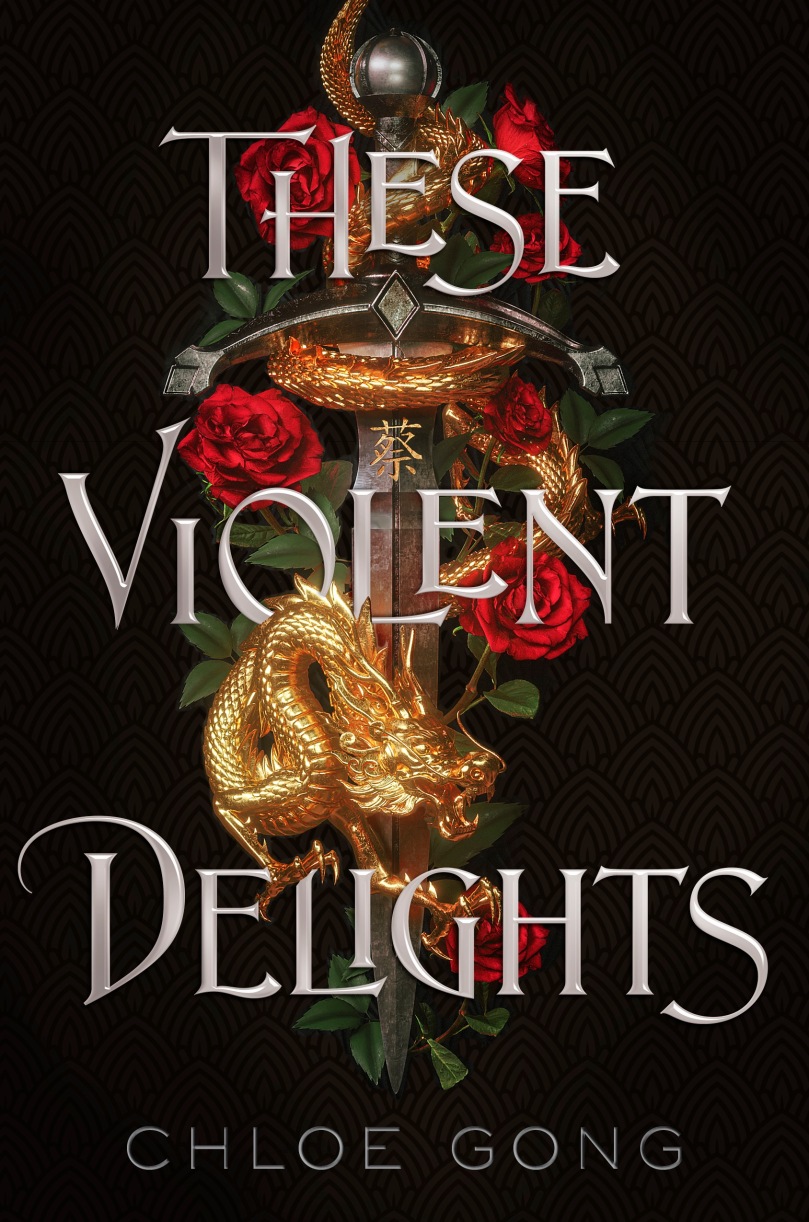 How beautiful is that book cover?! I am so excited for These Violent Delights, and after seeing its gorgeous cover with all its intricate details and small nods to the story’s Chinese influences, I’m ecstatic.

Not only did I have the privilege of sharing the book cover with you all, I also have the immense honour and joy of having Chloe Gong herself on my blog for an author interview, where we talk about her cover reveal, the story of These Violent Delights, and why she chose to retell Romeo and Juliet!

CW: What’s your favorite thing about the cover?
Chloe: EVERYTHING!!! I’m in love with this cover from head to toe (or should I say… from spine to edge). Not only is it so aesthetically pleasing, but each element of the art is either significant to the story, or to the themes of the book. These Violent Delights is set in a city where Eastern culture has thoroughly meshed with Western culture, following a Chinese protagonist who grew up in the West. Both Juliette, and the city she loves, is caught between worlds, and my English major heart is obsessed with how perfect it is for the cover to symbolize this clash: to have a distinctive Chinese dragon entwined with those red roses, since roses are so often a symbol of the West. And the blade! It’s engraved with the Chinese character 蔡, which is romanized as “Cai,” Juliette’s last name. It just means so much to me to have such a visible part of this book’s culture plastered front and center, looking glittery and pretty.

CW: Which character are you most excited for people to meet?
Chloe: This book has a lot of major characters, which is why it’s going to be such a chonky beast, but it’s actually a minor character I’m most excited for everyone to meet: Alisa Montagova, Roma’s little sister. Don’t get me wrong, I love each of my major characters who are actually carrying the main storylines, but Alisa appears sparsely enough that each time she had a scene I really had to do my best to make the most out of it. I think everyone will figure out why she’s such a pleasure as soon as she appears, but she’s the youngest in the whole cast, and an absolute delight to follow around.

CW: Why pick Romeo and Juliet to retell?
Chloe: It’s a classic! I think as readers and writers, we have a tendency to revisit old stories, because those tell what we perceive as “classic” tales in their simplest forms. Romeo and Juliet is so gorgeously written, with so many good jokes, and I could watch its productions over and over again, but it’s also true that Shakespeare isn’t exactly accessible to most teens. So I wanted to take the themes of Romeo and Juliet, and update it: in another culture, in more modern circumstances, with more queer rep, with more social critique and politics. The original play’s heart remains—about love and hate and what divisions in society force people to do—because it’s what I wanted to adapt, but to retell something is also to see the story’s heart with an entirely new lens, and I hope that comes across for readers.

Chloe Gong is a student at the University of Pennsylvania, studying English and international relations. During her breaks, she’s either at home in New Zealand or visiting her many relatives in Shanghai. Chloe has been known to mysteriously appear when “Romeo and Juliet is one of Shakespeare’s best plays and doesn’t deserve its slander in pop culture” is chanted into a mirror three times. You can find her on Twitter @TheChloeGong or check out her website at TheChloeGong.com.