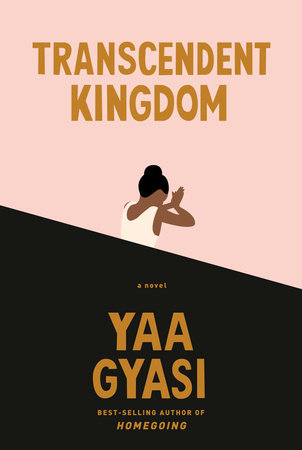 Gifty is a sixth-year PhD candidate in neuroscience at Stanford University School of Medicine studying reward-seeking behavior in mice and the neural circuits of depression and addiction. Her brother, Nana, was a gifted high school athlete who died of a heroin overdose after an ankle injury left him hooked on OxyContin. Her suicidal mother is living in her bed. Gifty is determined to discover the scientific basis for the suffering she sees all around her. But even as she turns to the hard sciences to unlock the mystery of her family’s loss, she finds herself hungering for her childhood faith and grappling with the evangelical church in which she was raised, whose promise of salvation remains as tantalizing as it is elusive.

Yaa Gyasi’s debut novel Homegoing was such a masterpiece – a multigenerational novel spanning decades, focusing on the lineages of two Ghanian sisters beginning in their country of origin and eventually moving to the United States. The vast, sweeping scope was covered in such a small number of pages, succinctly yet in great detail. To this day, I couldn’t tell you how Yaa Gyasi did it, which it why I am so greatly anticipated her next novel, Transcendent Kingdom, which follows the story of a Ghanian family in Alabama.  I am non-religious myself and am looking forward to reading how Gyasi’s brilliant mind approaches the topic.

If I Had Your Face by Frances Cha 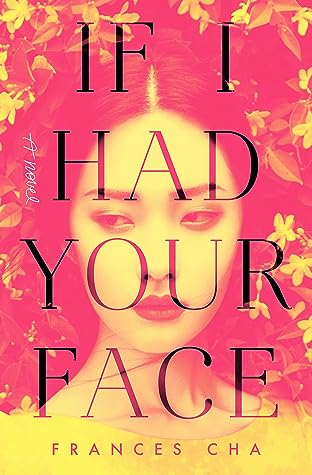 Kyuri is an achingly beautiful woman with a hard-won job at a Seoul “room salon,” an exclusive underground bar where she entertains businessmen while they drink.  Though she prides herself on her cold, clear-eyed approach to life, an impulsive mistake with a client threatens her livelihood.

Her roommate, Miho, is a talented artist who grew up in an orphanage but won a scholarship to study art in New York. Returning to Korea after college, she finds herself in a precarious relationship with the heir to one of the country’s biggest conglomerates.

Down the hall in their building lives Ara, a hair stylist whose two preoccupations sustain her: an obsession with a boy-band pop star, and a best friend who is saving up for the extreme plastic surgery that she hopes will change her life.

And Wonna, one floor below, is a newlywed trying to have a baby that she and her husband have no idea how they can afford to raise in a brutal economic reality.

Together, their stories tell a gripping tale at once unfamiliar and unmistakably universal—their tentative friendships perhaps these women’s only saving grace.

This is Frances Cha’s debut novel, about four young Korean women whose cultural context in terms of time and geographical origin speaks to how they view themselves and define beauty. I have always been fascinated with the increasing number of women seeking plastic surgery to make their features more Eurocentric, for example, double eyelid surgery, and the nuanced differences in what features East Asian ethnicities see as beautiful.

Wow, No Thank You.: Essays by Samantha Irby 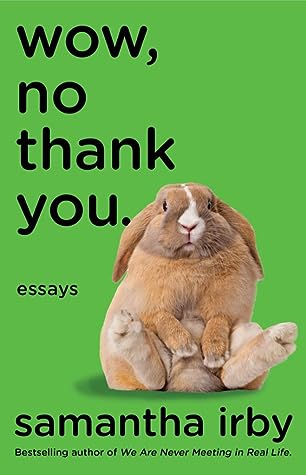 Irby is forty, and increasingly uncomfortable in her own skin despite what Inspirational Instagram Infographics have promised her. She has left her job as a receptionist at a veterinary clinic, has published successful books and has been friendzoned by Hollywood, left Chicago, and moved into a house with a garden that requires repairs and know-how with her wife in a Blue town in the middle of a Red state where she now hosts book clubs and makes mason jar salads. This is the bourgeois life of a Hallmark Channel dream. She goes on bad dates with new friends, spends weeks in Los Angeles taking meetings with “tv executives slash amateur astrologers” while being a “cheese fry-eating slightly damp Midwest person,” “with neck pain and no cartilage in [her] knees,” who still hides past due bills under her pillow.

The essays in this collection draw on the raw, hilarious particulars of Irby’s new life. Wow, No Thank You is Irby at her most unflinching, riotous, and relatable.

Wow, No Thank You is my most anticipated non-fiction release of 2020. I absolutely adore Samantha Irby and I loved both of her previous essay collections. I would recommend listening to them on audio as she narrates them herself and she is HILARIOUS. Irby is a self proclaimed fat, Black, queer, chronically ill woman who is unapologetically herself and seeing the journey of her life over her writing career has really made me feel like we are friends (please, Samantha, be my friend!). She talks about the various experiences she has had with each of the parts of her identity and how she has navigated life changes through her individual lens. If I am ever reincarnated, I’d love to be her in my next life, because, man, what a legit human. As Rachel Lindsay would say, she keeps it 100.

Every Reason We Shouldn’t by Sara Fujimura 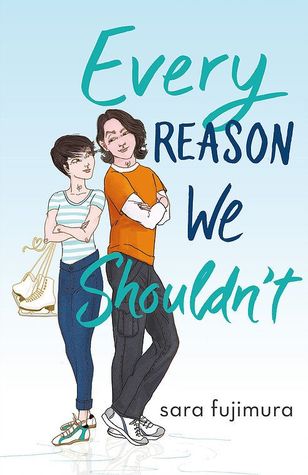 Sixteen-year-old figure skater Olivia Kennedy’s Olympic dreams have ended. She’s bitter, but enjoying life as a regular teenager instead of trying to live up to expectations of being the daughter of Olympians Michael Kennedy and Midori Nakashima…until Jonah Choi starts training at her family’s struggling rink.

Jonah’s driven, talented, going for the Olympics in speed skating, completely annoying… and totally gorgeous. Between teasing Jonah, helping her best friend try out for roller derby, figuring out life as a normal teen and keeping the family business running, Olivia’s got her hands full. But will rivalry bring her closer to Jonah, or drive them apart?

OH HOT DAMN. THIS IS MY JAM. As some of you know, I am a huge figure skating fan. As in, last night, my kid woke me up scared shitless at 2:30am screaming, and for some reason I couldn’t fall back asleep and ended up on Wattpad reading figure skating fanfiction for an hour. Ninety-five chapters later, I’ll likely end up doing the same thing again tonight.

But I digress. This is my BRAND y’all. Overachieving parents, Asian-American characters, cute athletic boy – and a non-stereotypical Asian-American boy at that! – and a roooooomance. I better see some skater cameos/references in this book. Or else.

The Vanishing Half by Brit Bennett

Vignes twin sisters will always be identical. But after growing up together in a small, southern black community and running away at age sixteen, it’s not just the shape of their daily lives that is different as adults, it’s everything: their families, their communities, their racial identities. Ten years later, one sister lives with her black daughter in the same southern town she once tried to escape. The other secretly passes for white, and her white husband knows nothing of her past. Still, even separated by so many miles and just as many lies, the fates of the twins remain intertwined. What will happen to the next generation, when their own daughters’ storylines intersect?

I adored Brit Bennett’s debut novel The Mothers. It involved a somewhat Greek chorus of church elder women narrating us through the very bald-faced reality of a pregnant Black teenager, the choices she had to make, and the effects of mothering through generations. The Vanishing Half is Bennett’s sophomore release and it involves so many of the same themes which are also My Brand. While I am not from the American South, I have many friends who are and there are small details about the setting that inform the experiences of POC and other minorities. I am so looking forward to indulging in this one. I feel like it’s just been way too long since The Mothers was released, even though it’s only been a couple years!

3 thoughts on “Cuddle’s Most Anticipated Releases for 2020”