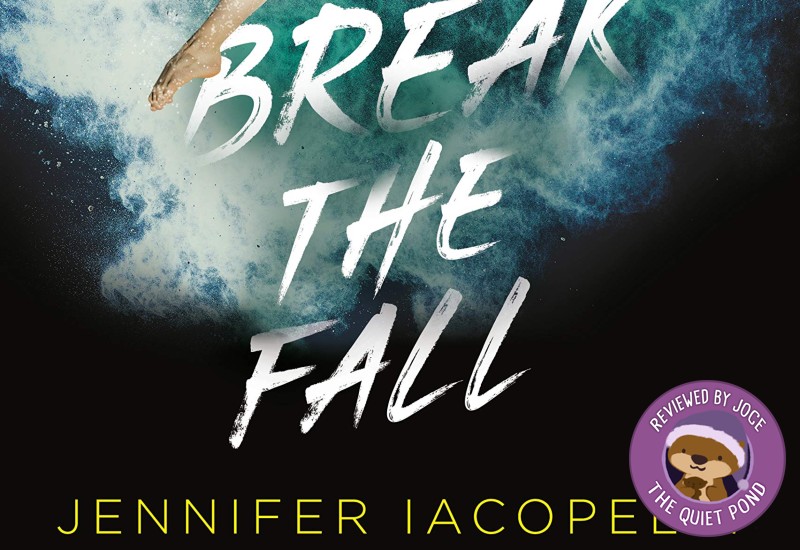 Audrey Lee is going to the Olympics.

A year ago, she could barely do a push up as she recovered from a spine surgery, one that could have paralyzed her. And now? She’s made the United States’ gymnastics team with her best friend, Emma, just like they both dreamed about since they were kids. She’s on top of the world.

The pressure for perfection is higher than ever when horrifying news rips the team apart. Audrey is desperate to advocate for her teammate who has been hurt by the one person they trusted most–but not all the gymnasts are as supportive.

With the team on the verge of collapse, the one bright spot in training is Leo, her new coach’s ridiculously cute son. And while Audrey probably (okay, definitely) shouldn’t date him until after the games, would it really be the end of the world?

Balancing the tenuous relationship between her teammates with unparalleled expectations, Audrey doesn’t need any more distractions. No matter what it takes, she’s not going to let anyone bring them down. But with painful revelations, incredible odds, and the very real possibility of falling at every turn, will Audrey’s determination be enough?

First of all, this book is ON BRAND FOR ME, Y’ALL. A contemporary novel with a focus on a competitive artistic sport with a light romance and deals with heavier topics? This is ALL ME! Naturally, I had high expectations going into Break the Fall, but I am happy to report that it met and exceeded all of my expectations.

Break the Fall is a YA contemporary novel that focuses on gymnast Audrey Lee, who is an American potential athlete for the Tokyo 2020 Olympics. She has been struggling with recovering from a spine surgery and experiencing pain leading up to the team trials. On top of that, their coach has been accused of sexually assaulting a teammate and the girls have been assigned a new coach, who is the mother of the boy that Audrey has been flirting with.

Jennifer Iacopelli is masterful at tackling the all-too-real issue of sexual assault perpetrated by men in positions of power. Some of the girls on the team are supportive of their teammate who was assaulted and some are not, due to the implications it has on their support system and Olympics trajectory. Unfortunately this was also true in the comments made by fellow athletes and people on social media when athletes like Aly Raisman revealed that they were assaulted by Larry Nassar, a former USA Gymnastics team doctor. Iacopelli managed to execute the emotional gravity and despair of the situation without any graphic or violent scenes, with the girls in various stages of denial and processing of the situation.

Three of the girls on the team are women of color and at one point, they state how proud they are to be WOC in the mostly male dominant world of athletics. Their photo was on the cover of a magazine with three WOC front and center. This is especially important because gymnastics is a sport with intersectional layers. For example, at the 2016 Olympics, Gabby Douglas, a Black woman, was criticized for being “angry” and “not smiling enough”, which is absolutely a racial stereotype. Sports commentators often comment on the athletes’ bodies and sizes, which is also full of intersectional stereotyping.

Not only was Jennifer Iacopelli conscious and respectful to the many facets of being a WOC athlete, she also acknowledged the dynamic between countries at the Olympics and within the gymnastics sphere. For example, some of the athletes did not speak English, but especially in artistic sports, there is a way that they can communicate that they are supportive of the other women without using speech, while still being fair competitors. They demonstrated a sense of closeness and understanding of the exact plight of daily practices and mental taxation that gymnastics brings.

Speaking to the physical strain that competitive sports can have on the body, the author wrote Audrey as having chronic back pain and recovering from a previous back injury. Throughout the book, she receives steroid injections from a doctor to quell the pain but anyone who has endured this knows that there is a risk that even with the injections, the pain is likely to flare up again. There may be a need for repeated injections, or a possibility that the injections may eventually stop working. At this level of competition, there is the constant battle of whether to continue competing in a high stress and high stakes environment when chronic pain persists.

Personal identity after an ultra-competitive career at the highest level can also be a struggle for gymnasts. Throughout the story, the girls spoke to each other about what their life may look like after the peak of their career has subsided, encompassing education, jobs, and relationships that may have been neglected or not put at the highest priority while competing. I follow a lot of gymnasts and figure skaters, some of whom have retired, and a commonality they have when speaking about life post-retirement is that they had to, in a way, reinvent themselves and how they placed value on themselves. They cite a sense of emptiness and lack of motivations because their priorities have shifted so much.

Of course, there is plenty of actual gymnastics description (which I loved, as a huge gymnastics fan), hard work, working through injury, and teammate camaraderie. The spirit and technique of gymnastics was accurately and vibrantly portrayed. In the end, I found Break the Fall unrelenting, truthful, and hopeful.

Of all the fictional gymnastics books I’ve read, Break the Fall is a standout, from the description of the technique and feeling of the apparatuses, to the minutiae of the mental processes of high level gymnasts. I would recommend it to anyone who is or isn’t a gymnastics fan, because outside of the competition scenes, there is a celebration of female friendships, a realistic picture of chronic back pain, and a respectful yet harrowing depiction of the aftermath of sexual assault perpetrated by a man in a position of power.

Premise in a sentence: Audrey Lee is vying for a spot on the American women’s gymnastics team for the 2020 Tokyo Summer Olympics, while finding out that her coach was accused of sexual assault by a teammate.

9 thoughts on “Book Review: Break the Fall by Jennifer Iacopelli – A Timely Portrayal and Celebration of American Women’s Gymnastics”