The Shadow of Kyoshi by F.C. Yee

Kyoshi’s place as the true Avatar has finally been cemented—but at a heavy cost. With her mentors gone, Kyoshi voyages across the Four Nations, struggling to keep the peace. But while her reputation grows, a mysterious threat emerges from the Spirit World. To stop it, Kyoshi, Rangi, and their reluctant allies must join forces before the Four Nations are destroyed irreparably. This thrilling follow-up continues Kyoshi’s journey from a girl of humble origins to the merciless pursuer of justice still feared and admired centuries after becoming the Avatar.

FINALLY. I have waited so long for this day, and I absolutely cannot wait to reunite with Kyoshi and Rangi again. F.C. Yee’s Kyoshi novels are a triumphant addition to the Avatar universe, and after being blown away by the first book, I am more than ready to continue Kyoshi’s story in her ascent to becoming the Avatar she’s destined to be.

The Year of the Witching by Alexis Henderson 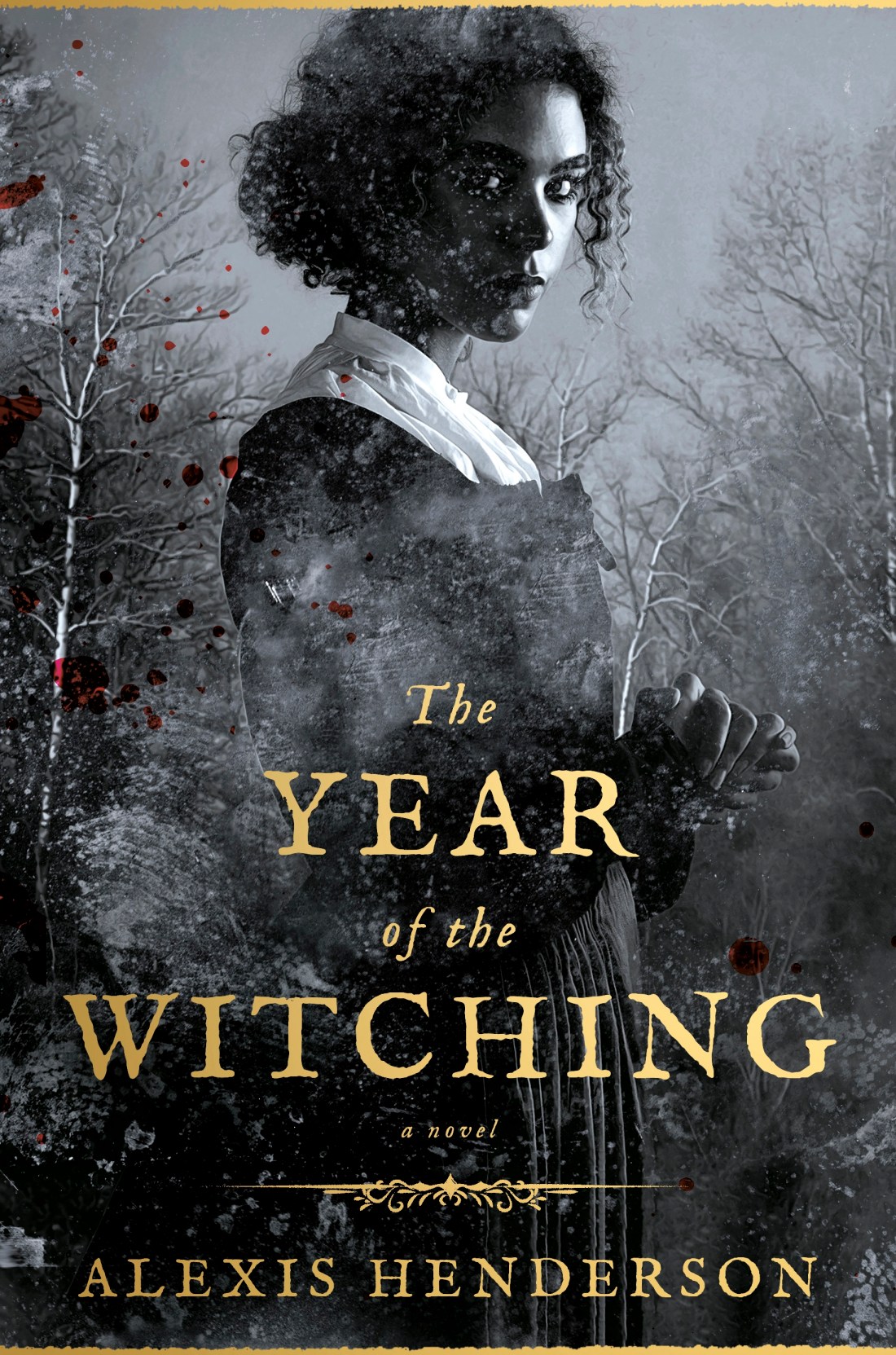 In the lands of Bethel, where the Prophet’s word is law, Immanuelle Moore’s very existence is blasphemy. Her mother’s union with an outsider of a different race cast her once-proud family into disgrace, so Immanuelle does her best to worship the Father, follow Holy Protocol, and lead a life of submission, devotion, and absolute conformity, like all the other women in the settlement.

But a mishap lures her into the forbidden Darkwood surrounding Bethel, where the first prophet once chased and killed four powerful witches. Their spirits are still lurking there, and they bestow a gift on Immanuelle: the journal of her dead mother, who Immanuelle is shocked to learn once sought sanctuary in the wood.

Fascinated by the secrets in the diary, Immanuelle finds herself struggling to understand how her mother could have consorted with the witches. But when she begins to learn grim truths about the Church and its history, she realizes the true threat to Bethel is its own darkness. And she starts to understand that if Bethel is to change, it must begin with her.

This is one of my most anticipated releases for the second half of the year! Witches, feminism and spooky cults from a biracial Black author is exactly my type of story, thank you very much. I’m very very keen to pick a copy of this up as soon as I can, and I hope that you’ll join me!

10 Things I Hate About Pinky by Sandhya Menon

Pinky Kumar wears the social justice warrior badge with pride. From raccoon hospitals to persecuted rock stars, no cause is too esoteric for her to champion. But a teeny-tiny part of her also really enjoys making her conservative, buttoned-up corporate lawyer parents cringe.

Samir Jha might have a few . . . quirks remaining from the time he had to take care of his sick mother, like the endless lists he makes in his planner and the way he schedules every minute of every day, but those are good things. They make life predictable and steady.

Pinky loves lazy summers at her parents’ Cape Cod lake house, but after listening to them harangue her about the poor decisions (aka boyfriends) she’s made, she hatches a plan. Get her sorta-friend-sorta-enemy, Samir—who is a total Harvard-bound Mama’s boy—to pose as her perfect boyfriend for the summer. As they bicker their way through lighthouses and butterfly habitats, sparks fly, and they both realize this will be a summer they’ll never forget.

Sandhya Menon is back! And the Dimpleverse continues to expand with this addition of Pinky’s story, and I already know that it’s going to be just as passionate and adorable as the two books that preceded it. With a romance kicked off by fake dating too? Absolutely cannot wait to see this on shelves.

The Total Eclipse of Nestor Lopez by Adrianna Cuevas 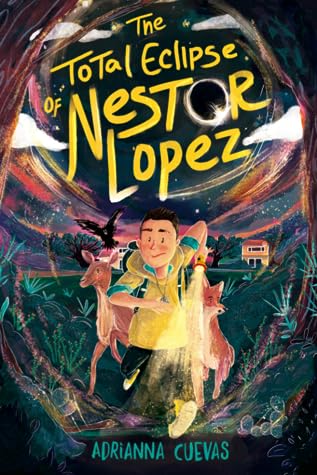 All Nestor Lopez wants is to live in one place for more than a few months and have dinner with his dad.
When he and his mother move to a Texas to live with his grandmother after his dad’s latest deployment, Nestor plans to lay low. He definitely doesn’t want anyone to find out his deepest secret: that he can talk to animals.
But when the animals in his new town start disappearing, Nestor’s grandmother becomes the prime suspect after she is spotted in the woods where they were last seen. As Nestor investigates the source of the disappearances, he learns that they are being seized by a tule vieja- a witch who can absorb an animal’s powers by biting it during a solar eclipse. And the next eclipse is just around the corner…
Now it’s up to Nestor’s extraordinary ability and his new friends to catch the tule vieja- and save a place he just might call home.

I am OBSESSED with this cover and this premise! A witchy story about a quiet boy, who later finds out that his secret ability to talk to animals might just save the new village he’s begun to call home? ABSOLUTELY sign me up!

Check it out here! (Spoiler alert: it's STUNNING) https://t.co/6CgZahVYZK

I… I genuinely have no words. I am awestruck, breathtaken. This cover is absolutely everything. I was already excited for this YA thriller by a an ownvoices Ojibwe/Native author, and now I just need it on my shelf, no question. The symmetry. The composition. The thematic design elements. This design and cover, I will bow to.

Cover Reveal: Renegade Flight by Andrea Tang, & We Are the Ashes, We Are the Fire by Joy McCullough

Next one is for you, REBELWING fans! Get ready for @atangwrites's RENEGADE FLIGHT 🔥

Okay, two cool books here! For Rebelwing and Asian sci-fi fans: Andrea Tang is back! I’ve heard gooooood things about Rebelwing, and hope that the sequel lives up to the hype and expectations of the first book in the series! And Joy McCullough, previously author of novel-in-verse Blood Water Paint (which I absolutely adored), is also here with a new book about sexual assault intertwined with feminism from the lens of a historical figure too, and I absolutely cannot wait to have it in my hands.

Cover Reveal: Clues to the Universe by Christina Li

So it’s less than SIX MONTHS out from the release of my debut middle grade novel, CLUES TO THE UNIVERSE, and I am SO EXCITED to share the cover with you all ✨

HURRAY this is super cute! I love that sky full of stars, and a younger me would’ve positively swooned to have this on my shelf. Can’t wait for this book’s release!

Oh wait YES I DID

Looks like publishing won’t be rid of me anytime soon pic.twitter.com/CvDlasZM5l

Hanna has done it AGAIN! This premise makes my heart soar. Competitions were such a specific and formative part of my Malaysian schooling experience, and though I never participated in competitive Scrabble specifically, I’m still super excited to return to those electric moments via Hanna’s writing. And a murder mystery to boot!

I CAN FINALLY TALK ABOUT THIS!!

TRANS & QUEER PIRATES COMING TO YOUR SHELVES IN 2022!!!! pic.twitter.com/y3hPsZGyrw

OH hell yeah! I’m so excited for this! Gabe’s been a important voice in the book community online, and this book announcement is equal parts downright hype and heartwarming. Definitely can’t wait to hear more news about this!

Book Announcement: A YA romcom about forbidden friendship and community centers by Whitney D. Grandison

Excited to finally share that my next novel with @InkyardPress The Right Side of Reckless will be here summer 2021 !!! 🥳 pic.twitter.com/8n9MtVvTiG

More Black-authored YA romcoms!! The author has a knack for writing sweet and cute romances centered around a localised community, and the premise of fresh starts and forbidden friendships revolving around a community center sounds interesting already.

The secret is out. I am Elle Cruz. Elle Cruz is me. My little rom-com starring a Fil-Am woman is going to be published! #writerscommunity #ownvoices #RepresentationMatters pic.twitter.com/dUi65ZVxlW

This already looks super cute, and I’m always here for diaspora Asian romance! I love love love that title too, and the chemistry between a bookseller and a CEO already sounds 👀 very palpable.