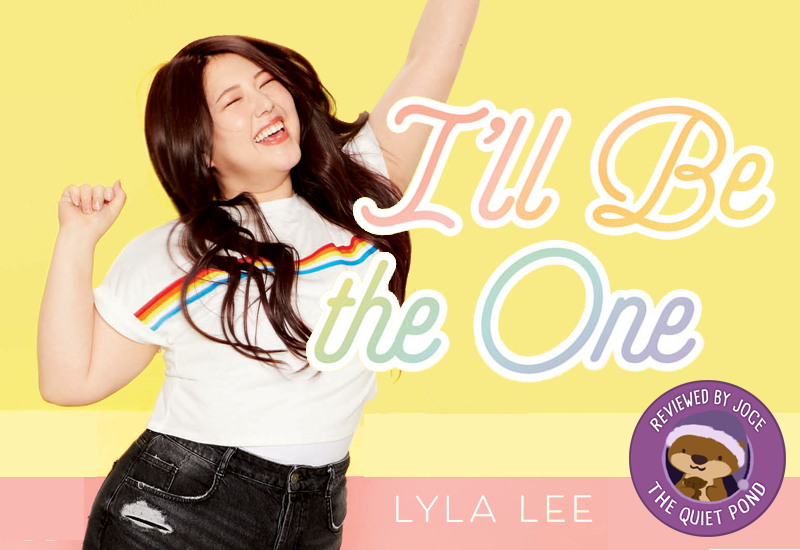 Skye Shin has heard it all. Fat girls shouldn’t dance. Wear bright colors. Shouldn’t call attention to themselves. But Skye dreams of joining the glittering world of K-Pop, and to do that, she’s about to break all the rules that society, the media, and even her own mother, have set for girls like her.

She’ll challenge thousands of other performers in an internationally televised competition looking for the next K-pop star, and she’ll do it better than anyone else.

When Skye nails her audition, she’s immediately swept into a whirlwind of countless practices, shocking performances, and the drama that comes with reality TV. What she doesn’t count on are the highly fat-phobic beauty standards of the Korean pop entertainment industry, her sudden media fame and scrutiny, or the sparks that soon fly with her fellow competitor, Henry Cho.

But Skye has her sights on becoming the world’s first plus-sized K-pop star, and that means winning the competition—without losing herself.

I’ll Be the One follows Skye Shin’s journey through auditioning for the K-Pop reality TV competition called You’re My Shining Star as a fat, bisexual, Korean teenage girl, while dealing with a potential romance with a co-star, and her complex relationship with her parents, especially her mother. Lyla Lee celebrates fatness, bisexuality, and some fierce work and talent through her construction of Skye’s character.

A major player in Skye’s story is her mother, who spews such fatphobic nonsense at her that I just wanted to reach into the book and pull her away from Skye. The emotional trauma and inner voice that Skye developed throughout the years hearing this garbage from her mother held a formidable gravity. This experience as a whole informed her advocacy and fight for herself to be seen as a valid and worthy competitor not in spite of, but alongside her weight and body. Her frustration comes through the page when she performs better than her competitors and one judge dismisses her and makes fatphobic “criticisms” of her, expressing that she is not to be taken as seriously as the other competitors, the majority of them thinner.

Skye’s mother also makes completely false statements towards her weight, including claims that certain foods or supplements could help her lose weight, and that weight and fatness have a direct correlation with health (it doesn’t). Her statements are not only hurtful because they are untrue, but also because Skye has spent a good portion of her life trying to prove to her mother that she is worthy of her love, which has shown to be conditional on her size, and holy shit, does that hurt.

I don’t know very much about K-Pop but have verified with friends who enjoy both K-Pop and reading that the references are very much on point in the book, as well as the other pop culture references. As a dancer and performer myself, the descriptions of Skye’s performances made me really long for the stage and creation again. While I never made it “big” with any of my dance (read: just in college, grad school, and at my studio), I encountered some discrimination being an Asian woman in performance, which is similar to what Skye experiences.

Thankfully, one of my favorite parts was that You’re My Shining Star had two options that a contestant could audition for: singing or dancing. Well, Skye auditioned for both and performed so well, proving to the judges, especially one particularly cruel one, that being a hard worker and harnessing her talent does not have to come at the expense of hating her plus-sized body. She is fat and proud and the heroine everyone needs.

Also, I adored all of Lyla’s friends. Lana and Tiffany, two teenage girls who are dating, were facing their own homophobia at home, having been kicked out because of their parents’ homophobic beliefs. They were so supportive of Lyla and her entire experience and identity. Henry, her love interest, was so sweet and just the softest boy. We stan! I loved their uncomplicated romance, even though my personal preference is more angst and conflict within romance.

From navigating Skye’s relationship with her strict and overly critical mother (especially with regards to her weight), to accompanying her on her experience  – I’ll Be the One hit all the right notes.

Premise in a sentence: Skye Shin, a fat bisexual Korean teenage girl, auditions for a K-Pop reality TV show while battling with discrimination within the entertainment industry, and dealing with a complex relationship with her parents and a budding romance.

4 thoughts on “Book Review: I’ll Be the One by Lyla Lee – A Celebration of K-Pop, Body Positivity, and Untangling Complex Asian Parent-Child Relationships”